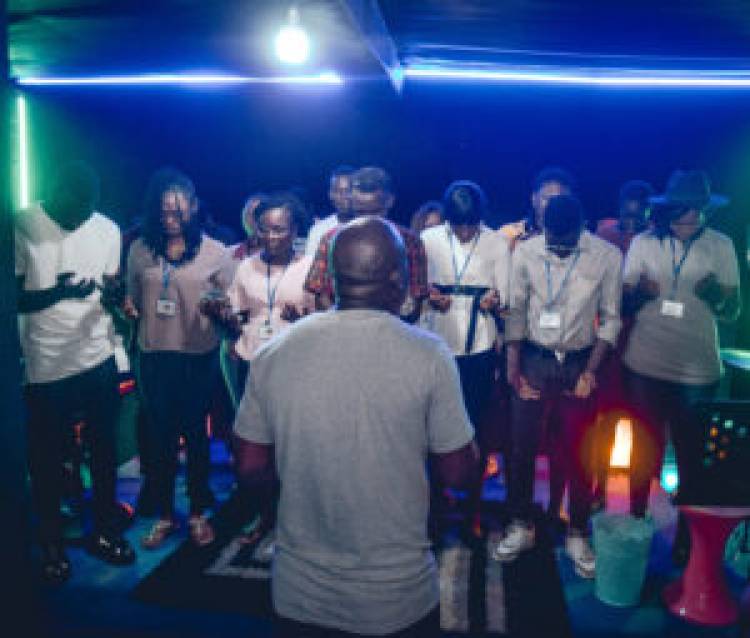 I once had a meeting in Southern Sun
It was with a potential investor
He was interested in turning some of my
stories into movies and called me when
he was in New York to arrange a meeting
During the call, he said he wouldn’t spend
a long time In Nigeria and would
appreciate it if I got A TV crew together
He meant a Director, a Producer, some
cameramen and so on
He was not too familiar with the Nigerian
terrain in terms of TV production
I know a guy who studied at the New
York Films Academy, we went to the
same University before he traveled
to study in New York
I told the investor about him
The investor heard “New York” and
said “Bring him, I want to work with
him, I love him already
So I called the guy for a meeting at
Ikeja City mall to brief him about the
meeting that was to hold on the Island
The guy was happy
He said he needed the break and had
been praying for such an opportunity
He told me he had his own crew
I gave him the time and date
He said they will show up
The day came, I got to Southern Sun
quite early, I wanted to ensure
everything was done to perfection.
My friend, the one from New York
Films Academy and his crew arrived
in two different vehicles
I led them to the reception and told
them to please “feel at home” until
my investor arrived
This was at 10 am
My investor took some time to arrive,
but I waited patiently as I guided him
and his driver to the venue via a
phone call
They arrived around 11:30 pm
We walked into the reception and hmmm...
The TV crew guys had a party going...
They were drinking and smoking and
making merry
You wouldn’t believe the time was 11:30
in the morning of you saw them!
They were really having a blast
I called their leader and we went to
the other side of the bar for a meeting
The meeting lasted for about 45 minutes
I was impressed
The investor was impressed
The bar man brought the bill
The crew drinking had spent 103,000 Naira
7 guys drinking and smoking!
I saw the bill and wanted to pay
The investor said “No please, let me pay.
I was the one that kept you guys waiting.
I said no
The New York Films Academy guy laughed
and said “Please let him pay, he was the
one that brought us here” (Referring to
the investor)
The investor paid
He stood up and shook hands with all
the crew Members as he exited the hotel
I walked him down to his car
He said “I will be in Lagos for another
one week, I will try to get another crew,
you know, serious-minded people.
I don’t dislike these guys but I can’t
work with indisciplined guys.
Thank you for your time He got into his
car and drove away
I got into mine too and drove away
I didn’t even bother to tell the crew
we had left
The New York Films Academy guy
called me later in the evening
He said “Guy, how far”
I said “The investor is yet to give a nod”
He said okay
The matter ended there.
The investor got another team and we
had a meeting in Magodo a few days
later
The matter was settled and closed at
that meeting
The new crew were working with a South
African company located in Nigeria and
they were very professional.
They got the deal and I doffed my hat!
Ps: Discipline is key
Character is key
Wisdom is profitable to direct
We must learn to walk in understanding
When the opportunities come, we must
be ready and prepared for it
Months later the New York Films Academy
guy called to find out when production will
commence
I told him The deal had been given to another
He started screaming
"Why?
What do you mean?
This is my breakthrough..."
I told him the investor decided to go
with another team
He said it was my story, my show, I should
have insisted on using him
He felt so betrayed and blocked me!
It is fine!

Biodun Arogunmaya also shared his experience:
Sir, I had a similar experience. The Dad of
the CEO of one of Nigeria's biggest banks,
is like a Father to me. W
e went to his house to celebrate his wife's
birthday.
There was a band invited to handle the
reception, while I was just there to sing
and play for the "Church service"
I finished and was packing up the
instruments, when one of their sons
came out asking if I was part of the
band that sang.
I said No.
He asked for them, I said I didn't know
where they were.
Alas, they were the ones seated in the
courtyard, eating and drinking, without
even setting up their equipment...
The guy was furious!
He asked for their leader, and told them
to pack up their equipment and leave
the compound immediately!!
Everyone begged on their behalf, but
he refused.
He asked me to set-up my piano back,
and handle the occasion, he said he
will pay me what they had charged him
After being begged by the head of Karis
band, he relented and let them set-up,
but I learned my lesson!
A week later, I was playing at a private
house party in Nicon Town.
While setting up, they asked me to come
and eat, I refused!
The woman later commended me, and
gave me extra cash