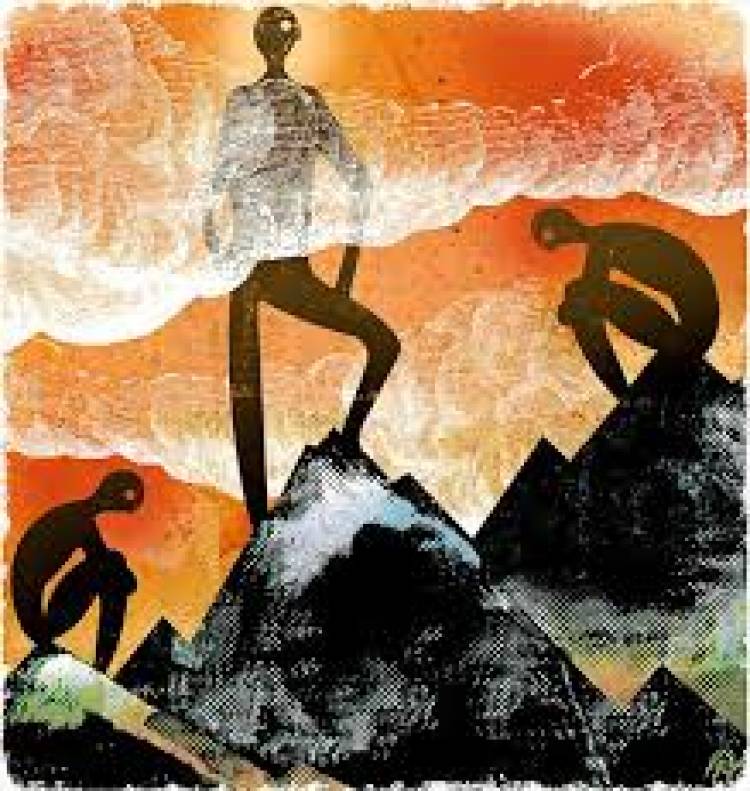 They waited till the night was dead before setting out

Their main motivation was hunger

But shame wouldn’t let them beg during the day

So they devised a plan

To beg under the mercy of darkness

Her daughter would do the begging, “Have mercy on us for God’s sake”

She would do the prayers, “May your eyes never retire before you die’’, ‘May your daylight never turn to darkness”

Sometimes they were lucky

Sometimes they were scorned

But it was better than doing nothing and waiting to die

Many of the stalls closed in a hurry every evening

Sellers left grains of foodstuff that could be picked and salvaged

Rice, beans, corn, millet, some pepper, vegetables and so on

Sometimes spoilt food items were dumped by the shop owners

The dumpsite became a treasure spot for the two of them

One day, they saw a shop slightly ajar

The owner must have forgotten to lock it properly

She tried to squeeze in, the opening was too small for her

She told her daughter to try

They packed bags of food items

It was the best week they ever had!

She had been burgled

Where were the market security officers?

Each shop was charged a certain amount by the local government

So where were the best security team when she was being robbed blind?

A market council meeting was called

The security men were accused of complicity

Fingers pointed in every direction

The security team called a meeting

They had to redeem themselves

The Insult was just too much

Their reputation on the line

They had hoped their haul would last forever

They were not thieves!

They were just hungry!

The begging routes dried up for a few days

Begging was a very dicey vocation

At other times passersby would give chump change

But they were mostly ignored

But to beg during daylight is to discard all shame

The night posed another grave risk

It was not every hand stretched forth to give that did so with a clear motive!

Her daughter suggested the market

They got to the market!

They found another shop full of foodstuff open

The sneaked into the shop and started packing foodstuff

Suddenly they heard a noise

The torchlight beams filled the shop

The housefly had fallen right into the web of the spider

The security team pounced on them!

They were just hungry!

They were not thieves!!!

The security men were like a pack of hyenas

They grounded red hot pepper, poured it in a bottle and told her to open her legs

She cried blood while her daughter begged for death

But mercy had gone to sleep, empathy had been buried!

They did the same for her daughter

They believed they were meting out justice

And even recorded the whole episode on video

The world must cheer with them!

After hours of torture they were set loose

She could barely walk

As soon as they got home she bathed her daughter

She also had her bath

They were a gory sight

But her body had taken too much for its capacity

Her daughter survived by the whiskers

The video went viral and many people took up their cause

It was too little too late

Justice left mercy behind in their case!

The Eagle and The Bride