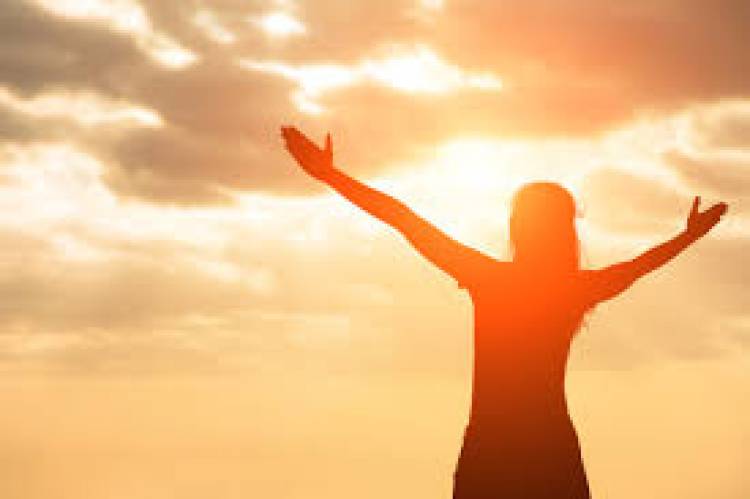 The tycoon hurried to the market and bought the cloth

Her business had been suffering some losses at home and abroad

She was not a novice in this world

She had strong and effective pillars

She ran to one of them

The priest consulted the gods

A remedy was proffered

As the baby was growing in the woman’s womb

Her businesses would steadily grow again all over the world

This would be the small price to pay for her business fortune to change!

One week later she saw her target

A young lady living in her compound

The lady’s marriage was less than a year old

The signs of early pregnancy were quite evident from her observations

She called the lady and gave her the lace material

The young lady was very grateful

Once the exchange was made, she ran to the priest

The priest consulted his deities

They confirmed that she chose the right mark

Within a week, her businesses started picking up

She had a total of five outlets in Europe

She was into fabrics

From the moment the young lady collected the lace material

A dark atmosphere hung over her perpetually

She didn’t understand what was going on

She went for ante-natal

The doctor told her to get a scan

The scan showed that there was no baby in her uterus

The previous scan showed that she was pregnant!

She didn’t miscarry in anyway

What was going on!

She couldn’t hold back the tears

Sometimes she would notice a movement inside her tummy

She would do a scan and the baby would be there

Two weeks later, she would do another scan and her uterus would be empty

She didn’t understand the disappearing act

By the time the pregnancy was six months old

She had started contemplating suicide

The dark cloud surrounding her life was so thick

The doctors were calling her case a ‘phantom’ pregnancy

She had changed hospital eight times

Some days she would feel the baby kicking in her womb

Braxton hicks and other pregnancy symptoms would be heavy

On other days she would feel nothing for weeks, sometimes months!

That way the doctors would believe she was pregnant

But it doesn’t help her in reality

Because the doctors didn’t have all the facts!

She was determined not to disturb her mother

As the pregnancy approached nine months without any improvement

She told her mother

Her mother got on the next available flight back home

Her mother listened to her story

Her mother laid hands on her womb,

They prayed for hours

That night as the young lady slept peacefully for the first time in almost a year, her mother had a dream!

They were dressed like slaves and their owner was a woman wearing a very expensive lace material!

She called the ladies by name! One was her daughter, the other was her granddaughter!

They didn’t respond to her voice

She ran after them, caught up with them, told them to drop their loads, they had been set free

The woman wearing the expensive lace material challenged her!

These are my slaves! Walk away

No way! ‘She replied’, “These are my children, my blood, they can never be your slaves!

The woman in the expensive lace material glared at her. “So what? Even if they are your children, they have been sold to me. They belong to me now!

‘My children are untouchable, you are playing Russian roulette with your life. You will die” The woman warned

They got in a scuffle

The next morning, her mother saw the same lace material in her wardrobe

Her mother called her

“Where did you get this lace material?”

She told her mother about her nice neighbor

Her mother jumped up ‘You this girl, not having the Holy Spirit had made you a prey for the wicked, I have always told you going to church is not enough! You need to be filled with the Holy Spirit”

Her mother took the lace material outside, pour some kerosene on it and burnt it to ashes

She called the priest immediately

The priest assured her the deities were in full control

The next morning, she saw the boldness with which the lace material she gave the young lady was burnt in the open

She realized the young lady’s mother must have some strong spiritual backers too!

The priests consulted the deities

Then the priest asked her if she could get at least one maternity gown of the young woman. Even if she has to steal one of her maternity gowns off the line!

She should please make haste.

She ran back home

He was discussing with the young lady’s mother

They were standing right in front of her flat

She came down from the car and went on the attack!

She: Please who are you people and why are you loitering about our compound? Who are you looking for?

Young man in Jeans and T-shirt reached out to her: “Madam, I will like a word with you before I pray, once I pray you will not only certainly lose your businesses, you might lose your life”

She walked past them into her flat

10 minutes later, the young man in Jeans and T-Shirt laid hands on the young woman!

He projected the atmosphere of the Holy Spirit within him

The pillar of cloud

The pillar of fire

She was filled with the Holy Ghost and with power

She screamed with delight

Her house maid ran to her side, lifted her up

She: Go to so and so’s flat, call me the people praying there.

The housemaid ran to their flat

She could hear their voices

She knocked on their door

They didn’t answer her

She knocked and shouted

She was sure they heard her

They prayed on and on

Eventually she went back home

Later that evening, as the man in Jeans and T-shirt was taking his leave, the house maid was waiting for him by the gate

House maid: Please sir, my madam is very ill, she wanted to see you

The tycoon confessed her deeds

The young man in Jeans and T-Shirt smiled and explained to her that while they were praying the Holy Spirit expressly told him not to pray for her.

The young man in Jeans and T-shirt cried too, but he could never disobey his father

PS: The pregnancy was evacuated the following week.  At almost nine months, the fetus was like a 16 weeks old fetus

The tycoon died two days later in the priest’s house

This event happened in Ikorodu, Lagos state in 2012

The young woman delivered a set of twins in 2013

A boy and a girl

She now lives in Canada with her family