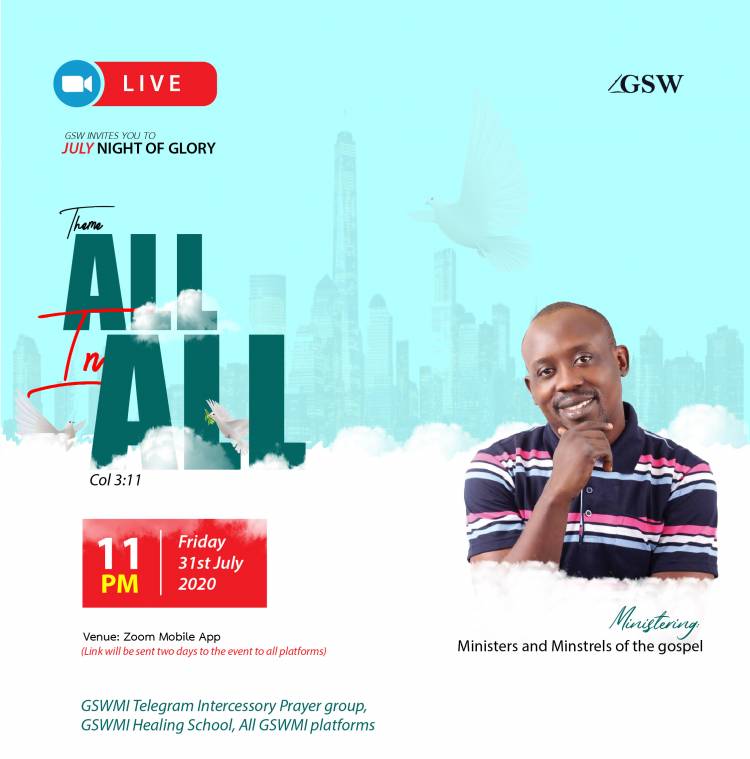 PS: I was told there was a cake maker
who follows my stories and believes she
can use diabolical powers to see the
future
I saw this discussion yesterday on a
Whatsapp page and it made me laugh
There is a booby trap in this story for
her
I said it over the piece as i wrote it
She will lose that ability from today
and so will any other who deliberately
court demonic pathways as an access
into the extra-mundane
Nothing of such works for you again
It shall remain forever as i have decreed
Jesus loves you and wants to empower
you
Come to Him today

GSW's notes: Christians should only
discuss one power
That is the power of the Holy Spirit
Acknowledging even faintly the claims
of another to "power" is buying the
person's lies
The brother and sister whose story
I wrote are part of the PSSBC family
and are growing daily in the Lord
These were vessels deliberately
prepared for darkness and yet
hijacked by the Holy Spirit without
as much as a whimper from hell!
Don't be quick to believe people's
claims to any power or repeat it
even in casual talks
There is no other power in heaven
and on earth and underneath the
earth apart from the Name of JESUS!

The Mystery of Christ IV

...in this chaos there shall be Light!