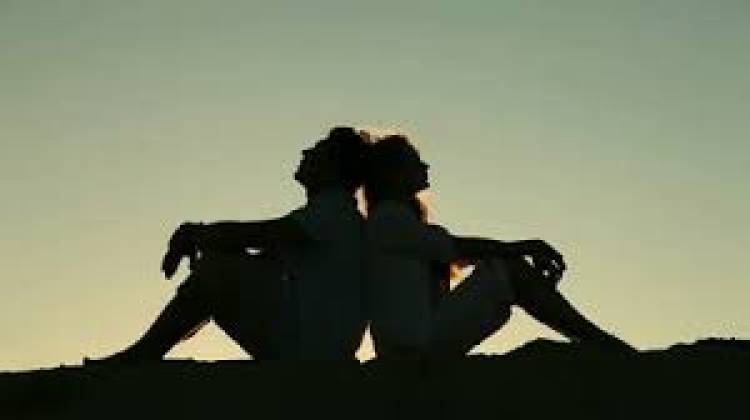 On the very day, she got married
She told God she wanted a special wedding present
She desired to conceive that very night
She had met her husband at CMS bus stop
She was heading home from church and waiting for a bus
Her husband came to the same bus stop to drop off a relative
He drove past her
Reversed
Wound down the windshield
Looked at her and said "Did you attend so and so university"
She said "Yes"
Then he said "Did you attend "So and So" campus fellowship"
She said "Yes"
He smiled
It was a winning smile
A smile that says "Finally, I've gotten you"
He didn't look familiar at all
But it was obvious he knew her
He gave her a ride
They talked and became fast friends
They exchanged numbers
He dropped her at home
He kept in touch and eventually asked her out
She was not in any relationship at the type
But it was as a matter of choice
She had always been the kind of girl that relationships
come to easily
She was not the type that will be unable to get a man
It just can't be!
She had just gotten a job at the time and she didn't
want to be in a long distance relationship
She told him no!
He took it like a man and proceeded to insert himself
into her subconscious!
He called often, made her feel special
He would send her text messages, emails and jokes as
often as possible
She didn't know when they started a relationship
Somehow, nine months after they met he proposed
One year after they met they got married
He was a good man
No sensible woman could have asked for another
He was a very gifted man
He played the keyboard
He has his own business
He was responsible and faithful
She got herself a good man
She was 29 years old and desired to have her children early
She prayed and believed
One month after the wedding, she was not pregnant
She was not perturbed
One year after the wedding, she was still waiting
Her husband got a little concerned
"Whan last did you see your period," he asked her
one day
by that time, she had made up her mind not to put herself
under any undue bondage or anxiety!
She needed to cope with the disappointment of having to wait
for a baby when  her desire was to be an instant mother
She begged her husband to please not put her
under any pressure!
The pain of having to wait to be a mother is deep,
seeing her menstrual period every month was like
a constant taunt saying "You are a failure"
Friends and relatives began this "curious" thing
if she had a cold "Is it there?"
If she had a cough "It must be the baby"
When she wakes up late "She must have taken in"
Everybody wanted the best for her but they refused
to see that the best thing they ought to do for her was to
let her be!
Eventually, she got pregnant!
She didn't say anything to anybody
Her husband took her to dinner to celebrate the pregnancy
She took her folic acid
She took her pregnancare
She paid attention to her doctors
She had bedrest when it was recommended
The first trimester was terrible
She couldn't eat anything tangible
She threw up at the smell of anything
She survived the first trimester
Everybody said it would get better in the second trimester
It didn't!
The matter came to a head one night during the 24th week
of the pregnancy
She found herself in sharp pain
She was rushed to the hospital
Everything was in a blur
The baby came prematurely
A girl!
A stillbirth!
She fainted afterwards
By the time she woke up, the girl had been buried
Life was supposed to go on
But life stayed
She continued to bleed long after the day
the baby died
She was advised to sit on hot water
She did and the bucket crashed
Her body was badly scalded
Her husband had a terrible accident that same day
A drunk man riding a motorcycle crashed into him
It was as if the heavens were crashing down on them
It was so bad that one afternoon as she
was alighting from her sister's car, there was
blood all over the car seat
She was rushed immediately to the hospital
By that time, she and felt a lump come out of her body
When she got to the hospital, it was confirmed that the
lump was a piece of placenta
A D&C was recommended
It was after it was done that she was able to finally
lay the ghost of her dead daughter to rest
She trusted to hope that the counsel of God for her will not fail!
It took her another two years to conceive
This time, she lost the baby in the sixteenth week
She bore it with dignity
Later that year they relocated abroad
Months after settling in, they visited the fertility clinic
They were told to try the option of artificial insemination
They did
It Failed
Then they mentioned IVF
By that time, she was thoroughly tired of everything
She didn't become a Christian to move from hospital to
hospital in search of a child
She decided she would rather trust and depend on God
to fulfil His word
It took a visit to the hospital for an X-ray procedure to confirm
she was pregnant
She told the nurses she was not pregnant
She was confident of that fact
But they insisted she must do a test before the procedure can be carried out
It was confirmed
At the third time of asking
Ten years after her "Give me a baby" on my wedding night prayer
10,650 Kilometers away from Home
She delivered her son!

PS: As she narrated her story, I couldn't help but feel the pains
of mothers in waiting
If you are waiting on the Lord for the fruit of the womb
Please give no room to Strife and anxiety
Refuse to put yourself under pressure
Live your life as Abraham did, trusting God
I am praying for you this very minute
Everything that has prevented your
conception dissolves now!
I call you a mother!
I have announced it
This is your season of visitation!
The sterility issue had been resolved
Receive your baby, receive your babies!
In the name of Jesus!!!!