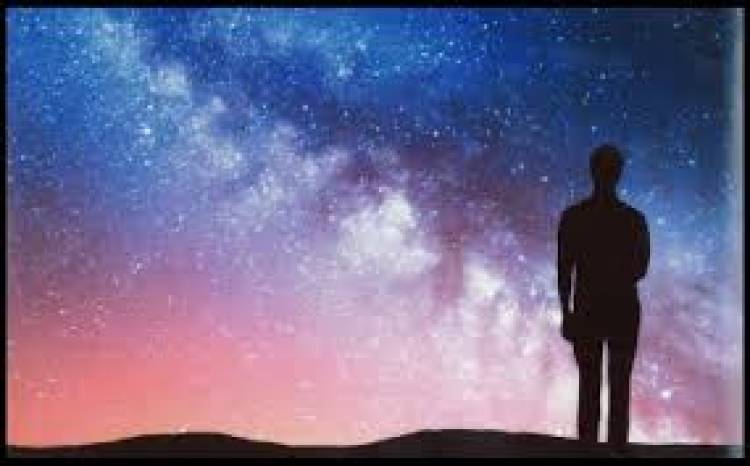 Lester Sumrall was at a conference,
and sitting beside him was a younger
minister (one of his proteges).
A particular preacher was teaching,
and while the teaching was going
on, the following conversation took
place between Lester Sumrall and the
young minister.
Sumrall:
Touch my stomach and tell me what
you feel. (The young preacher obeyed)
Young Minister:
Sir, I'm feeling a kind of rumbling.
Lester Sumrall:
DO YOU KNOW WHAT THIS IS?
Young Minister:
No sir.
Sumrall:
This is the creative dimension of God's
power, this dimension operates
powerfully through Oral Roberts.
I HAVE COME TO KNOW THE
TANGIBILITY OF THE POWER OF
GOD.
Oral Roberts is somewhere around this
building and creative miracles are
about to take place.
Young Minister:
But sir, Oral Roberts isn't anywhere in
the auditorium and he is not one of the
speakers.
Sumrall:
You don't believe me, don't worry, you'll
soon see.
---------------------------------------------
-------------------
While the young Minister was still
doubting, the preacher on the stage
began to speak in tongues and
suddenly Oral Roberts walked into the
auditorium through one of the side
doors (not the main entrance)
speaking in tongues also.
The speaker walked towards Oral
Roberts (both of them speaking in
tongues), handed the microphone over
to him.
Oral Roberts collected the microphone,
announced to the congregation that
God wanted to perform creative
miracles in people's lives. He asked
those who were sick to come to the
front, so he could lay hands on them.
The sick went to the front, Oral
Roberts laid hands on them and mind
boggling creative miracles took place
instantly.
GLORY HALLELUJAH!
Lester Sumrall's statement "I HAVE
COME TO KNOW THE TANGIBILITY OF
THE POWER OF GOD" stuck with me
since the day I read about that
incident.
Have you come to know the power of
God beyond theory?

Many years ago when I was a little child,
my Dad was teaching me about the different form
that the power of God can assume.
He told me that the power of God can literally come
out of us as fire (literal fire, real fire).
(I hope you know that the fire that fell when Elijah
prayed wasn't figurative?)
When my Dad told me that the power of God inside
us (The Believers) can actually manifest as fire,
I didn't understand.
Then a day came that he practically demonstrated
what he had earlier taught me.
We were at the farm, and were about to roast yams,
there was a particular spot in the barn that we
usually kept the firelighter. He told me to go and
bring the lighter, I couldn't find the lighter on this
particular day, after some time, he told me not
to bother.
Then he pointed one of his fingers towards the firewood
and the dry grass on which the yams were placed...
and as he pointed his finger, literal fire came out of his
finger and lighted the woods and the grass.
So we ended up eating roasted yams that day.
Those people knew some things that we need
to know.
********************************

Pandita Ramabai was a godly woman
of a little stature. This saint was
known as "The Mother Of The
Pentecostal Movement" in India.
She operated a kind of orphanage
known as Mukti Mission, where she
took care of and trained little children
in the things of God.
One night, her persecutors dropped
poisonous snakes into her yard while
she and her children were sound
asleep.
The snakes invaded the children rooms
and began to bite them.
Their terrifying cries woke up Pandita
Ramabai and others.
She rushed to the place the girls were
and she saw snakes all over the place.
By this time, some of the children were
already dead, and others were dying.
The people with her were
confused, they didn't know what to do.
Remember it was the middle of the
night?
Pandita Ramabai told the children not
to worry, she took one of the live
snakes with her bare hand lifted it
up, used it as a point of contact for
other snakes.
She then commanded the snake in her
hand to die, which happened
immediately.
As the snake in her hand died, every
other snake in the rooms and in her
yard died also.
She then commanded the snakes
poison out of the bodies of her little
children! Which happened, AND SHE
RAISED ALL THE DEAD CHILDREN
BACK TO LIFE..... EVERYONE!
GLORY HALLELUJAH!
I'm telling you their generation knew
some things that our generation needs
to know!
********************************

One day, many years ago, my Dad
became so sick and so weak that we
thought he was going to die.
He suddenly stood up from the chair
and slowly walked into his room. He
gently climbed his bed, and lie down
on his back.
I stood there looking at him, and
honestly, I was so scared he was going
to die.
Seeing my fear, he told me not to
worry that he would soon be on his
feet in no time.
I left his room, returned to the living
room and sat down. Waiting to see
what would happen.
After a while, my Dad came out of his
room, glowing all over, his clothes
looking very bright and clean.
He looked younger and very strong.
I was so shocked, I asked him what
happened, he then proceeded to teach
me about the glory of God and it's
effect on the human body.
These people knew some things that
we need to recover.
But as long as we remain arrogant and
continue to despise those who have
gone ahead of us, there are things we
may not uncover.
God reveals His way to the meek.
Psalm 25:9.
**********************************

The Impact Of The Manifest Glory Of God On Human Body.

15. And Moses went up into the mount,
and a cloud covered the mount.
16. And the glory of the LORD abode upon mount
Sinai, and the cloud covered it six days: and the
seventh day He called unto Moses out of the
midst of the cloud.
17. And the sight of the glory of the Lord was like
devouring fire on the top of the mount in the
eyes of the children of Israel.
18. AND MOSES WENT INTO THE MIDST OF THE
CLOUD, and gat him up into the mount: and
Moses was in the mount forty days and forty nights.
Exodus 24:15-18.
29. And it came to pass,when Moses came down
from mount Sinai with the two tables of testimony
in Moses' hand, when he came down from the
mount, that Moses wist not that THE SKIN OF
HIS FACE SHOWN WHILE HE (GOD) TALKED WITH HIM.
30. And when Aaron and all the children of
Israel saw Moses, BEHOLD, THE SKIN OF HIS
FACE SHOWN; and they were afraid to come near him.
Exodus 34:29-30.
AND I HAVE LED YOU FORTY YEARS IN THE WILDERNESS:
YOUR CLOTHES ARE NOT WAXEN OLD UPON YOU,
AND THY SHOE IS NOT WAXEN IS NOT WAXEN OLD
UPON THY FOOT.
Deuteronomy 29:5.

When Moses gazed intensely at the glory of God, it had so
much impact on his body.
The Bible says that Jesus Christ was the physical
manifestation of The Father and THE BRIGHTNESS
OF HIS GLORY.
Hebrews 1:3.
Little wonder why none of His Disciples fell sick.
They were constantly beholding the glory of God
in their midst in the person of Jesus.
My Dad taught me that the Believers are the glory
of God the same way Jesus is - 1 John 4:17.
And that our spirit is full of glory, he said if we will
acknowledge this reality and learn to behold the
glory of God through meditation, it will have
serious impact on our bodies.
The more we gaze at the glory of God in our meditation,
the more our bodies will reflect the glory.

A Letter from Lokoja