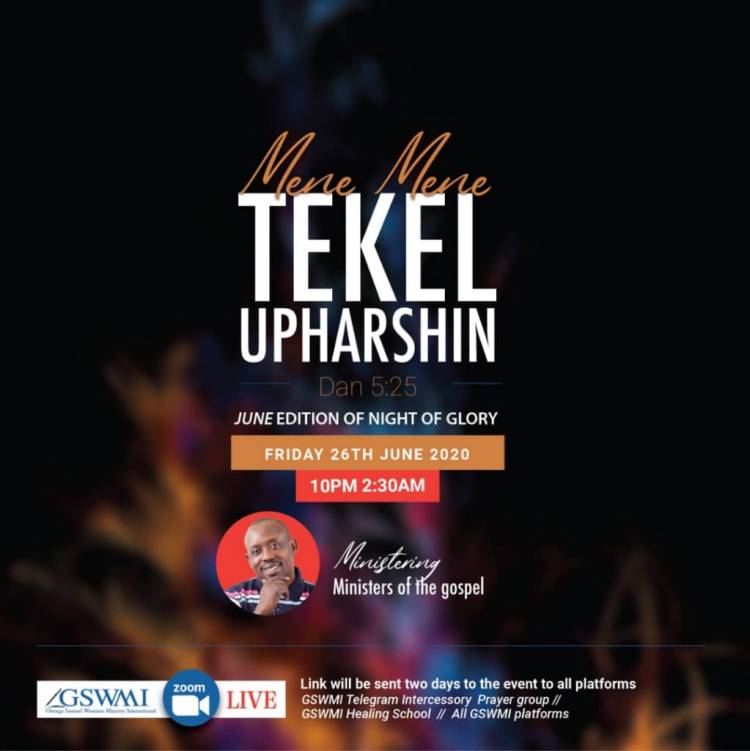 PS: "Mo" as she is popularly called
delivered a baby girl recently, her
second child in three years
Ignorance and positioning is a
challenge for many believers
A prophet cannot curse a born Again
Christian
The Holy Spirit is the Spirit of the
Blessed one
He cannot be cursed!
If the Holy Spirit dwells in you, you
cannot be afflicted or bound by any
"jagbajantis" person!
Do you understand who the Holy
Spirit is and what he does in your life?
if you do, you will not believe all these
nonsense
Now for those who are not born again,
anybody can bind them.
In fact, somebody can put their life
in a cowry and hang it on a tree
The Spirit in man is subject to the
devil and demonic manifestations
but when that same person accepts
Jesus as Lord and Saviour, he or she
can no longer be subject to the
whims and caprices of the evil one

GSW's notes: A prophet once said
something to me that passively
allowed, it was at a moment of pride!
I just prayed for a man and the man
got healed
The disease was quite a serious one
so i felt giddy with my own importance
Then my phone rang and this prophet
started speaking
"You are a man of God...
You recently prayed for a man with
so and so disease and he was healed...
I see fire all over you...
There is someone around you who is
pregnant....
(That was the point i should have
shut the devil up but he had been
right so far and i listened on like a
dummy)
HE PLANTED A SEED THAT DAY
that took me months of prayer
and spiritual humility to uproot!
That experience taught me a lesson
If it does not build me up, edify
me or encourage me, the message
is not from God!
Your spiritual atmosphere is your
responsibility, speak into your own
life and weed out words spoken by
another that is not to your benefit
When John and Jesus saw each other
while in the womb, they leaped for
joy
if a prophet has the Holy Spirit and
you have the Holy Spirit, his message
must leave you leaping for joy
No prophet has the right to bind or
tie or command a believer to do
anything or leave you in fear and
doubt
Only witches do that to their prey!

Announcement!
The June Edition of the Night of Glory
will hold on the 26th of June from 10 pm
to 2:30AM on Zoom Mobile App,
Telegram and Whatsapp and all the
GSWMI platforms
The theme is Mene Mene Tekel
Upharshin
We will be terminating faulty seasons
and opening new seasons by the power
of the Holy Spirit
The Links will be sent on all our platforms
two days to the event
Thank you