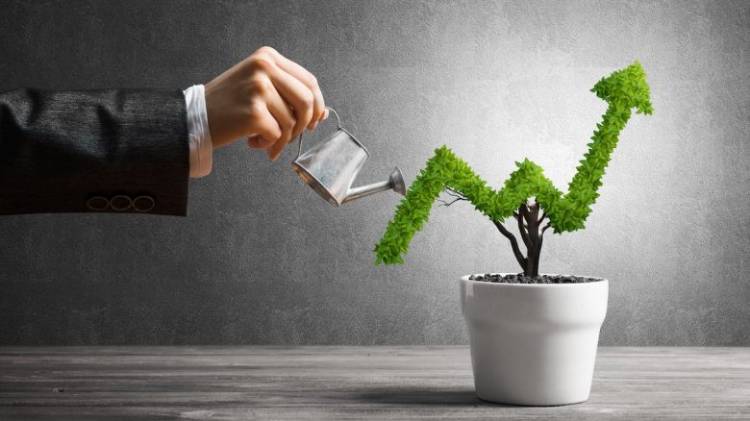 Politics and Religion have something in common, it is called vested interest.

Obama had the Kennedys behind him; he was a junior senator but they were a very powerful family with a lot of influence. They wielded it on his behalf and got him the keynote speaker slot that launched him into limelight.

Pastor J.T. Kalejaiye told the story of how some people came to him saying, "We can see what God is doing through you and how anointed you are. We want to back you up with money, you will build your own camp and be the GO." Kenneth Hagin also had offers like that.

Vested interests identify a key player to back. They know he can deliver the goods but he wouldn't be able to do so on his own, so they become his backers, helping him with money, jets, cars, men, women, events and positioning with the belief that when he gets to the top, he will compensate them for their investments. Nobody becomes a leader of men without it.

There are two ways to get it, either you grow with your men as King David did or try to assemble them as Adonijah and Absalom did. However, growing with your men is the best option; It means you have shared experiences with your men to the extent that they have come to love and trust you with their lives.

Remember how one Ethiopian giant wanted to kill David in battle and his men had to rescue him from the giant. They swore that day that the light of Israel will never be extinguished on their watch and stopped him from fighting in battles forever. That is loyalty.

Remember when he said he desired to drink of a particular well and three men broke through hundreds of enemies to get him water? That is loyalty. Growing with your men ensures that the currency of your relationship with them is genuine love.

The same cannot be said for a leader who assembled a team of strangers just to fulfil an ambition. Absalom tried it, he even got Ahithophel but because he didn't have a shared growth with Ahithophel, he refused to follow his wise counsel!

If you grow with your team, you know them! They also know you. They know your nuances and your frailties. When you assemble them, there is no depth. There is no currency like knowledge.

You cannot make the mistake of thinking those who come to you singing your praises are doing it for free. Even if they wanted to do it based only on the goodness of their hearts, people will remind them that they helped you get there and they deserve to be a part of the success story. That is human nature. I have a team I am growing with. They knew me from when I was a Personal Assistant (PA) Some from as far back as my university days. I have people who are seeing glorious things happening now and are clamouring to be part of the team. They are coming with all sorts of offers, ideas and counsels. They desire a seat at the table and this is only natural but will I sleep with my two eyes closed around them? Nah!

Some of them have doctrines so strange that until I am sure they have been weaned off it I cannot even begin to think of being associated with them in public. Those who grew with me will go anywhere with me and my mind is at rest in terms of their conduct and their results in Christ.

Recently some friends got praying and one of them slapped another "claiming" the slap was prompted by the Holy Spirit. That was a "stranger". If I make that sort of person head of Prayer team, I would ruin the entire team. I didn't know her because I didn't grow with her.

Growing with your team is the best way to achieve great and mighty things as a leader.

None of those I had grown with would ever do that (ever). If the Lord has called you to a leadership role in ministry, please start growing with your team now. It doesn't matter how lowly and young you all are, you will grow to become mighty but at your core your bond will endure. This is important.

Some years ago, I had a team of anointed ministers all around me; I started getting reports that one went to do Communion Service somewhere and was paid, another went to pray for someone and got an envelope, another went with a married man to a hotel and didn't end up sleeping with him because she was on her period, another would call to pray for people and become rude to them to the point of cursing them sometimes, etcetera. I disbanded that team within a year.

They are believers, anointed, but I could not see the DNA of Christ in them. I could not see myself in them. Yes, they have results when they pray but the way they do their things is not the way I was taught to do mine. I learnt from that point that it takes time for a team to share a way life and establish a culture.

Learn this, for politics, a lot of strangers cannot bring the ingredients to make a soup and then walk away when the soup is done; they will insist on their fair share of the meal and it will be unfair to deny them-Learn this too!

THE STRONGHOLD OF LYING VANITIES

WIELDING THE BIG ROD OF CORRECTION