WIELDING THE BIG ROD OF CORRECTION 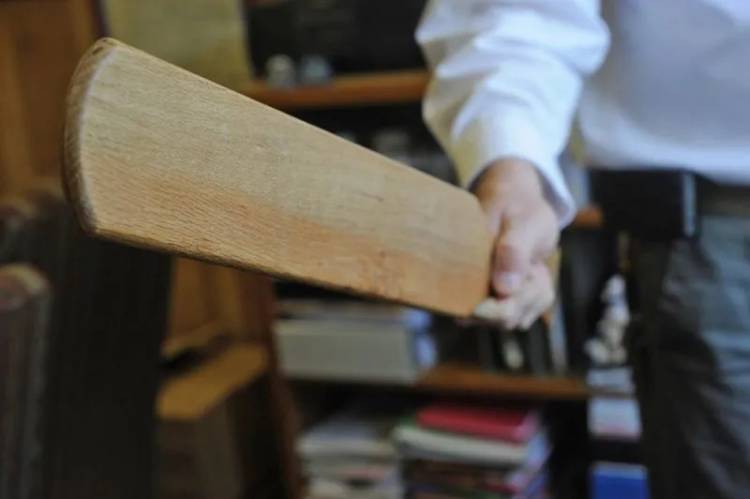 “If you kill yourself out of selfishness, you now expect me to be crying and singing kumbaya over your corpse, you will be disappointed. Na pigs I go throw your body to for dinner, so that it will at least be useful for something.” I heard this from one Aunty Dupe years ago. She is still alive and lives in Shagamu. She is my mother's younger sister; the uneducated one out of the lot. A no nonsense aunty that will hear you crying and get a bucket under your chin asking you to fill it up for her. Even my parents were terrified of her.

All of us children had our own plates in which our food was served in. Mine was the blue plate. Aunty Dupe came visiting and made us lunch; she served a good portion of the food with the big head of fish in the blue plate. I was already salivating because we all used to want the head of the mackerel fish those days. Then she called my older sister and gave her the food served in the blue plate, I protested. That was my plate.

Aunty Dupe did not know the difference between blue and green or red and yellow; She was illiterate but I didn't know or understand this at the time. she said my food was in the other plate, I said no, she got angry and said if I didn’t want it, I could give it to the dog outside.

I was hungry and proud. I had never been spoken to like that before especially coming from our very poor unkempt aunty. I stormed out of the house.

Somebody reported the issue to my mother. She knew her sister and her trouble. My mother called me and said, "Go and eat your food, I will make it up to you." But that was not enough for me, I wanted the food in the blue plate and an apology if I could get one.

I was so self-conceited at that age; I remember naming myself "Okanbi" as soon as I heard the story of Oduduwa and his son. Pride and entitlement were deep seated in me.

I didn't answer my mother, I sat outside in the sun. Suddenly I realised that the other children had finished eating and were playing in the sitting room as If I didn't matter.  Nobody was giving me a thought. I began to hurt specially because they cheated me and now, they had moved on while I was left in hunger to deal with it.

A thought came to me, "Kill yourself, since you don't really matter to them. Just die and be done with it." The thought was strong. Suddenly I got up and walked into the kitchen, took a knife and stormed out, then I began to cut my tummy with the knife.

I didn't know my mother had been watching me from the window of her room from where she had spoken to me earlier.

Suddenly I heard the kitchen door burst open, my mother stormed out with a bunch of broom. Before I could say "Ha" she was flogging me like a dirty rug with broom. Ha! I had never suffered like that before.

She didn’t stop. I realised she would kill me, so, I ran but she chased me. Omo! My life finished that day. She chased and flogged me until I began to roll on the floor begging for forgiveness and mercy and confessing all my sins and promising never to misbehave again.

You see, that voice that suggested that I killed myself, ran away after the first stroke of that broom landed on me, never to be heard from again!

Entitlement mentality for me died that day. I never thought of dying again and I never saw myself as superior to my siblings again.

I was humbled and my mother didn't say a word. Imagine a woman flogging you without telling you what you did or why she was doing it. The communication was totally understood and remained firm.

Aunty Dupe's hoarse voice as she laughed and laughed while I was screaming can still be heard in the heavens.