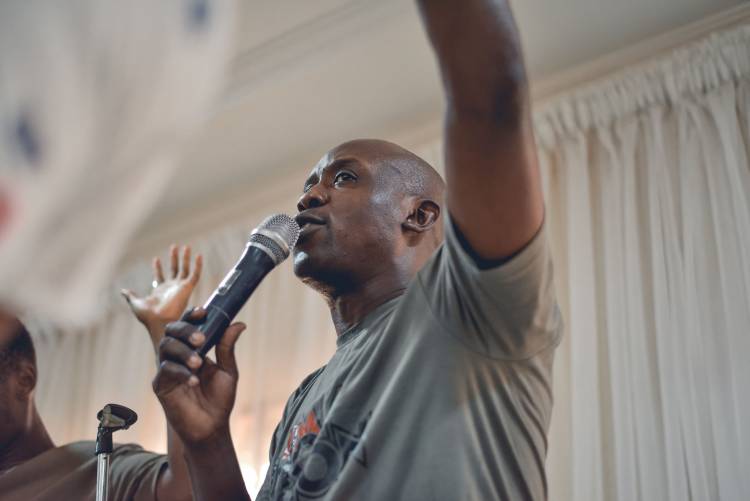 I went to a boarding school, it was hell.
I hated everyday I spent there, it felt like
I was in a prison
I deserved to be thrown there though
because I was a tough child and my
father was traveling abroad
When he was in Nigeria I was a handful
and he knew my mother wouldn’t be
able to cope with my wildness
I got it even then, my father had five
children and I was the black sheep.
So I went and wow, even though I
joined in SS1, the madness was contagious
Seniors were enslavers and everyone saw
this as the norm
I remember a friend of mine being flogged
for defecating in the bathroom without any
investigation by the seniors
They later found out it was a new student
that did it and that was it
My friend spent three weeks in the hospital
Seniors were like a mad pack of hyenas
I totally hated them those days and yes
I have as good as I got
I stole their things just to throw them in the
pit-latrine
I stole their exam and test scripts from
the staff room because I was a bright
student and teachers use me to mark scripts
Many of my seniors failed and repeated SS2
because of this
I never told anyone but I was neither forgiving
nor kind
I never hurt the juniors though, I couldn’t do it
because I know how crazy being without
your parents or anyone to protect you is
The guys in SS3 were like demigods
I remember one putting me under his bunk,
on a bare floor and pouring water on me for
hours, simply because I told his girlfriend
he was in the hostel after he had lied to
her that he was traveling for the weekend
(I was not given a heads up, so I didn’t
know I wasn’t supposed to say anything
to that lady)
I picked up crazy habits in the boarding
house that God
helped me later to get rid of
Smoking, drinking, masturbation, crass
talking and all
If I was wild as a day student, you can
perhaps imagine me being Tarzan as a
boarding house student
I was no longer comfortable staying with
my immediate family on holidays
I was too wild for the morning devotion,
clear your plates and sweep the
house stuff
I would take off on holidays and stay
with friends from the age of 15
I couldn’t even relate with any of my
siblings on any level
My children will grow up in my house,
under my watch and they will be the
best that
God has called them to be from the
beginning
There was a rape case when I was in
the boarding house, i was lucky not
to be in the hostel when my seniors
raped a lady
It made newspapers and they all got
locked up and expelled
Many of my mates started frequenting
prostitute joints
when I was in school
Some of them are still struggling with the
madness we encountered in the
boarding house
The lady that got raped went spiritual
and one of her rapists died mysteriously
All sorts of madness in those years
Drugs found it's way into the school too,
wild parties
at hotels and all
Some of my secondary school friends are
still handicapped by it, they didn’t know
this but I know it was the boarding school
that literally turned them into vagabonds
They are restless and always moving,
even the married ones won’t stay home
to be parents to their children and husband
to their wives.
Jesus changed me!
I was that restless too for many years.
I hated being in one place and putting down
roots until I met the Lord.
I read the sad story of a glorious destiny
that died (don’t know if it is murder or not)
and I feel the pain of all.
Raise your children please, I am addressing
believers!
Please raise your own children, be their
model and let them know the life of Christ
by example
I like hugging my children and telling them
stories
I love their company and I like their tantrums
Please raise your children!
If you have any habits you need prayers and
support on, please reach out to me in my
DM and on 08072744871 WhatsApp!
Let me also mention that lesbianism and
homosexuality were rampant in boarding
schools.
I saw things and heard things that I cannot
describe here and it is applicable in every
school.
We need to be deliberate about raising our
children in the Consciousness of Christ

The Queen Has Lost Her Crown