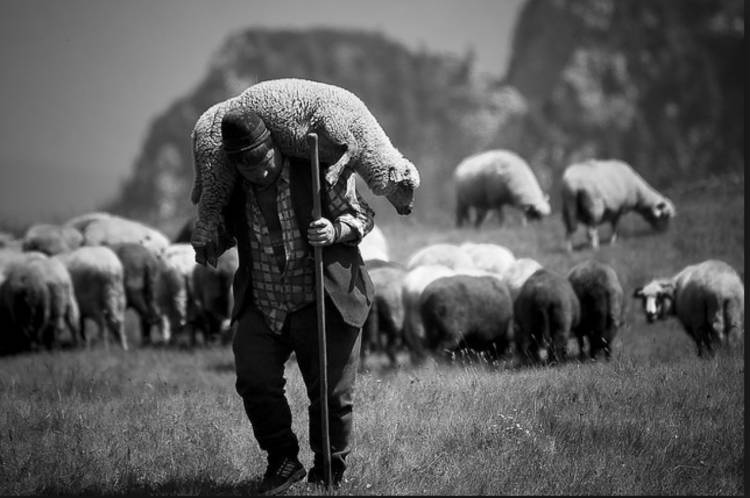 She: You know you men always say you want your peace

That was all he always emphasized on; His Peace

As if anybody had deliberately set out to aggravate him

Men are such complex beings

Was I supposed to keep quiet and be docile in the name of peace while he struts about with one of his girlfriends?

What do men take women for?

If he bit me remotely, was I not supposed to bite him back directly?

Who does he think he was fooling?

Was I born yesterday?

He knew for a fact that I know!

Sometimes I would just overlook it

But the more I kept quiet, the closer to home he brought his nonsense

It was that bad

He was an unrepentant womanizer!

It was as if a dog ate his placenta!

A man who desired peace must tow the path of peace

I will not take this lying low!

I will reach out to all of them and finish her!

May she die a miserable death!

The wife screamed on and on

The Pastor who was invited to settle the matter kept quiet

The husband does not attend his church

He was disappointed by the wife’s antics

Pastor: Madam, are you done? Can I speak? You ought to respect my presence and regardless of how despicable you think your husband is, you ought to show him more respect, I am very disappointed in you!

She: I am sorry sir

He turned to the husband

Please sir, can you help me make sense of this issue?

He: Sir, I am tired! I am not going to sit here and say I have been a holy husband and I have never cheated on my wife but not this time

Pastor: What makes this time peculiar?

He: I lost my job nine months ago and it seemed losing my job made my wife very happy

She didn’t complain once

I understand her point of view! She thought it was the fact that I had a good job that empowered me to cheat on her and when I lost my job, she saw it as an answered prayer

We had been married for ten years sir! That nine months was our best in terms of marital bliss. What she is doing now is tantamount to witchcraft sir. She is trying to keep me jobless for her own peace of mind

I was invited for an interview a month ago

I got the job last week

I was employed as the personal assistant to the MD

The MD happens to be a woman and she flared up!

She said I should resign, claiming I was sleeping with my boss or I will eventually do so

What sort of reasoning is that?

Is it that she wanted me to stay at home perpetually?

That is the bone of contention sir

Pastor: Madam, do you want to add anything?

His wife: Pastor, the way he explained the issue would make any right thinking person assume that I am the devil. That is one of the reasons I am very suspicious of this arrangement he called a “job”. He neglected to mention the fact that the lady in question is single and that she was his old girlfriend who travelled abroad a few years before he met me.

He also didn’t mention the fact that he reached out to the lady and the lady created an opening for him in her Father’s company in order to get him employed. Finally sir, you need to see the lady! I assure you I wouldn’t have to say much if you see her just once!

He: Sir, so if I reached out to my old friends and even ex-girlfriends to help me secure a job and if God showed me favour to the extent that that one of them deliberately created a position for me to be gainfully employed, I should reject it because of my wife’s feelings. How is that sensible?

Pastor: Sir, the issue here is not so much about the job but about trust. Your wife obviously does not trust you. Can we address that?

He: What can I say? She has a right to her feelings. Trusting me is a choice she will have to make by herself, there is nothing I can do to help her in that regard. Where I was previously employed, I was a very popular guy and I had a group of friends I move with. We did all sorts because we were young and upwardly mobile but then I lost my job and these guys just moved on. I realized at that time that all the money I made that I could have invested in sensible businesses or even saved had been spent on prodigious living. I turned a new leaf, became born again and promised God I will never live my life like that again! I don’t know what else to do!!!

Pastor: Madam, Is he born again?

She: He became born again because he lost his job and he was desperate for another job. He needed God to favour him desperately and he proceeded to bribe God with his life. His decision to work for an old girlfriend proves his desperation. If indeed he is born again, he is not mature enough to handle such a temptation

Pastor:   Must you work with this lady sir or would you work anywhere else if you get the opportunity?

He: I will work anywhere else sir

Pastor: What did you study?

He: So and so sir and I have seven years of experience on the job

Pastor: That settles it then, see me in my office at 10.00 AM tomorrow sir, and come prepared to resume work at one of the companies I am affiliated with. I believe we can work something lucrative out for you

He: Thank you sir

She: Thank you Pastor

Pastor got home and began making calls to all the prominent church members. He kept praying for favour as he made the calls. Three hours later, a member called him back. They have an opening and the brother can resume the next day

PS: The brother did resume and the marriage was saved

The brother went on to establish his own Television station and he employed many people based on the recommendations of the pastor.

Pastors have been saving marriages since the Garden of Eden

Pray for your pastor today!